1-DAY TRAINING WORKSHOP OF NOA LAGOS DIRECTORATE STAFF ON THE USE OF TRACKA APPLICATION ON PROJECTS.

Declaring the workshop open, the Director, National Orientation Agency (NOA) Lagos Directorate, Mr. Waheed Ishola noted that it is time elected public office holders, representatives of the people make some behavioural changes towards given the people the real dividend of democracy. “We must deliberately and consciously move away from those negative values which have impeded our journey to national development” he said. Furthermore, he urged the staff participants to see the training as an avenue to broaden their knowledge and understanding of the budget and monetary flow in Federal, State and Local government areas in terms of project execution.

In his paper, Mr. Uadamen ILevbaoje the Tracka Lead, noted that the training workshop is basically to acquire adequate knowledge of Tracka and how to use the application to track projects across the local government areas.  With the provision of necessary information and tools, NOA Staff will be able to engage communities through sensitization and town hall meetings on the budgetary provisions in the local government areas. He outlined some of their discoveries in the project as:

Giving an overview, Mr. Adewole noted that unlike what is obtained in other parts of the country, Lagos State is quite different, the 181 Lagos Road project is still in progress, although some had been completed and some commissioned with inter-locking, asphalt and concrete cast as the case may be, but they can still be tracked for total completion.

Highpoint of the training workshop was the participant test on how to register on the Tracka Platform thereafter, the Communication Lead, BudgIT, Miss Abiola Afolabi thanked management and staff of NOA Lagos Directorate for partnering with BudgIT to see that a new lease of life is brought into governance where patriotism, discipline and love for the people is reflected in the acts of our elected political office holders. 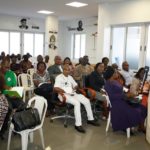 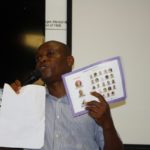 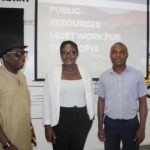 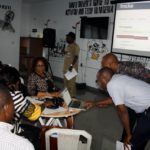 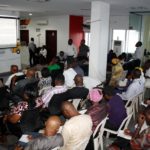 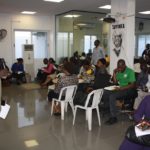 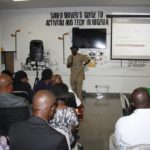 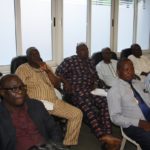 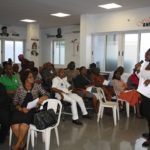 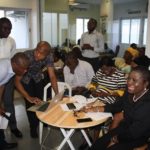 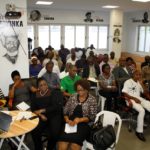