ADVOCACY VISIT TO THE PALACE OF ONIDIMU OF IDIMU LAND

As part of the Agency’s mandate of sensitization and mobilization of the citizens towards favourable government programmes, policies and activities, the National Orientation Agency (NOA), Lagos State Directorate on Wednesday the 15th of August, 2018 paid an advocacy visit to the palace of Onidimu of Idimuland, HRM. Oba Azeez Olawale Olayeni Dada Aluko on a sensitization programme on the ongoing National Identity Card Registration Exercise.
Addressing the council of Chiefs at the palace, the Director, National Orientation Agency, Mr. Waheed IShola noted that with the peculiar nature of our people towards government activities and policies that will profit them, the Agency has deemed it necessary to bring the information close to the people and thereby mobilize them for better understanding of the importance of the National Identity Number.
The Director took time to address the people on the importance of having National Identity Number and why people must turn out enmass for the exercise. He thereafter requested for a royal blessings, since the advocacy, first of its kind, will be kick-starting from Idimu-land and move across the various communities in the State.
The Royal Father, Oba Aluko while blessing members of the Agency, thanked the Director for deeming it apt to kick-start the exercise from his domain. He promised to assist the Agency in seeing that the people are well informed and mobilized to participate in the exercise, so that Government can better plan and deliver the due dividend of democracy to the people.
Highpoint of the event was a group photograph with the Royal Highness in the palace. 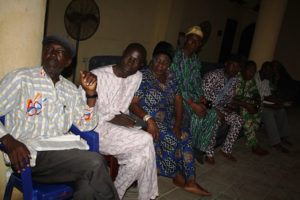 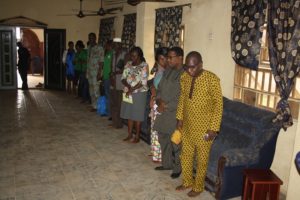 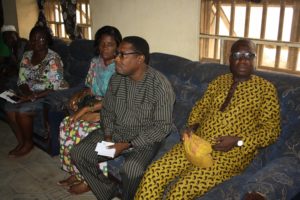 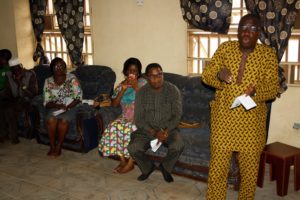