EMIR OF ILORIN LENDS SUPPORT TO THE CALL FOR CONSERVATION AND PROTECTION OF PUBLIC ASSETS AND INFRASTRUCTURE; COMMENDS NOA

The Emir of Ilorin, HRH Ibrahim Sulu Gambari has reiterated the need for Nigerians to urgently change their orientation and negative attitude towards public asset and critical infrastructure, emphasizing that the duty of protecting these assets is for all and sundry.
The revered monarch gave this admonition during an advocacy visit to his palace by the Kwara State Directorate of National Orientation Agency. The advocacy visit on the eminent monarch, which was led by Mr. Olusegun Adeyemi, the State Director became necessary in recognition of the Emir’s role and place in mobilizing the citizenry to support the Agency’s campaign on conservation and protection of public assets and infrastructure;
The Emir, who commended the National Orientation Agency for initiating this important campaign, restated the important role of the traditional institutions in mobilizing a favourable response for the campaign. He thereafter affirmed that the traditional institution would support the Agency in the campaign, not only in Kwara, but also in every nook and cranny of the Nation. Alh. Sulu Gambari then called on residents and people in Kwara State to see public infrastructures in their domain as theirs and treat it as such.
In his speech, Mr Olusegun Adeyemi, the Kwara State Director who expressed his gratitude to the Emir for the warm welcone called on Nigerians to support and compliment government’s effort in building, maintaining and securing the various critical infrastructures and public assets such as pipe-borne water pipes, buildings, oil pipelines, schools, hospitals, library books, street lights etc. He also advised Nigerians to ensure that these infrastructures and assets are not allowed to be destroyed by lackadaisical attitude or criminally- minded persons, whose activities should be reported as soon as such activities are observed. 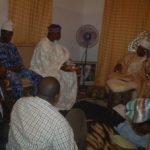 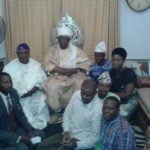 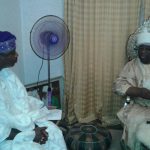