In preparation for the 2017 Local Government General Election, the Kwara State Independent Election Commission (KWSIEC) held a stakeholders meeting on Friday, 22nd September, 2017. In his opening address, the Chairman KWSIEC, Alh. UItman Ajidagba urged the political parties to play the game of electioneering according to the rule with a view to ensuring a peaceful, credible, free and fair Local Government Election in the state. He assured all stakeholders that the commission is fully prepared for the election come Nov 2017. In his address at the Occasion , the  . State Director,  National Orientation Agency Kwara State Mr. Segun Adeyemi  admonished the political parties and electorates  to remain committed to peaceful election. He urged them to educate party supporters and electorates on how to thump print correctly to avoid void votes. He urged them to shun violence and thuggery before,during and after the election. In attendance were the security men, press men and representatives of political parties in the State. 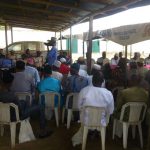 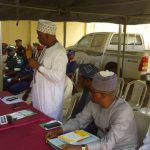