The National Identity Management Commission (NIMC), Oyo State paid a working visit to the State Directorate of the Agency. The visiting team was led by its State Coordinator, Mr Adeniyi Olabode who was accompanied by four members of Management Team. The State Coordinator said that he called to familiarize himself with the workings of the Agency and to seek the Agency’s support in the areas of Mobilization, Education and Sensitization of Oyo State citizens towards improved registrations with the NIMC. According to Mr. Olabode, only about 33 million citizens out of about 180 million Nigerians have so far registered leaving about 150 million Nigerians that are yet to be captured. He said that his office has registration points in all the Local Government Areas, some special centers in higher institutions and some banks. He added that the rate at which citizens visit the centers for registration is not encouraging thus necessitating his commission’s determination to seek NOA support. In her response, the NOA State Director, Mrs. Dosunmu said the visit was expected because the NIMC Headquarters Abuja engaged NOA State Directorates in discussion over the poor registration and sought for the Agency’s support. She therefore pledged her full support in the expected areas. She however requested that the Agency’s Local Government officers be properly briefed and sensitized by the commission so as to give them the necessary tools to embark on the mobilization drive. 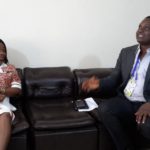 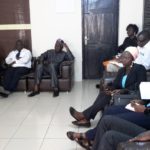 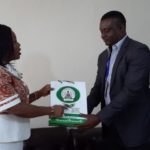