In order to reduce tension in the interaction between the military and the civilian population, the National Orientation Agency (NOA) and the CLEEN foundation have agreed to work together to create more understanding between civilians and the military especially now when soldiers are being deployed in many theatres of the internal security challenges.

The Director General of NOA, Dr. Garba Abari disclosed this while receiving the CLEEN Foundation Program Head, Mrs. Ruth Olofin during a working visit in his office. Represented by the Director, Planning, Research and Strategy, Bonat Tagwai, Dr. Abari said with the present insecurity being experienced in the country, it is imperative to strengthen relationship between citizens and military and build peace in all operational areas, adding that the support of citizens was necessary for the success of the military.

He said over the years, the military were appreciated for their efforts in peace building and for their security responsibilities but noted that this has altered following their deployment to increasing number of flashpoints of internal conflicts with growing interface with the civil population. He observed that people’s confidence in the military has further been eroded by the recurrence of criminal activities perpetrated in society by persons wearing military uniforms, some of whom, he said could be impostors.

Abari therefore urged the foundation to help highlight the statutory roles of the military that have been altered and help restore the confidence that the citizens had in the military by distinguishing criminal elements that use military uniforms to perpetrate crime in the society.

The DG NOA admonished the foundation to target their campaigns to the military as well as to civilians, adding that the solution could be found from within the operational structure of the military and the traditions of the communities where the military are deployed.

In a remark, the CLEEN Foundation Program Head, Mrs. Ruth Olofin said the visit was in furtherance of the existing collaboration with NOA over the years in fostering of civil/military relations in Nigeria. She said the foundation was in the Agency to leverage on the wide outreach and robust platforms of NOA to sensitize citizens about activities of the military in any operational society.

The Program Head said the campaign was timely and aims at changing the perceptions citizens have about the military while impressing on the military to adhere to the rules of engagement in a civil society. 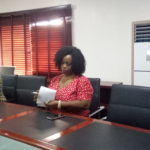 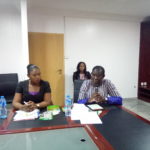 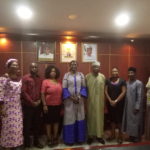 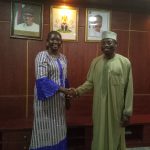