With the decline of values in the society which has led to widespread dysfunctional behaviours marked by violence, insecurity, environmental degradation, poverty and low life expectancy across the state. The management of National Orientation Agency (NOA) Lagos Directorate and Board Members of Foundation for Value Transformation (FVT), a non-governmental organization based in Lagos, on Tuesday the 25th of June 2019, held a partnership meeting at the LCCI Building, Alausa, Ikeja in an agreement to work together to raise awareness of impact of values on the good people of Lagos State.

In his presentation, the Executive Director of FVT, Mr. Segun Caulcrick noted that the desired import of the partnership with NOA was to engage with selected priority groups to raise their consciousness towards adopting more empowering values that will result in improved outcome in the society. Identify relevant stakeholders and prepare an engagement plan amongst other things.

Giving his remarks, the Director, National Orientation Agency (NOA) Lagos Directorate, Mr. Waheed Ishola commended FVT for the initiative and understanding to work with the Agency. He noted that both NOA and FVT have the common concern to enlighten the good people of Lagos State on the decline of values in the society. NOA he said has done tremendously well in sensitizing the people on the core values as enshrined in the 1999 Nigerian Constitution even though the exercise can never be enough. He observed that with FVT partnership, it is hoped that the key lessons from the project would enhance a subsequent national rollout.

Highpoint of the meeting was the plenary discussions and group presentation. 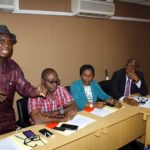 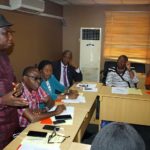 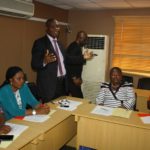 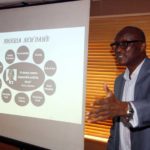