The National Orientation Agency (NOA) Lagos Directorate on Thursday the 27th of June, 2019 held a one day sensitization programme on Communicating Government Policies, programmes and Activities at the Banquet hall of Kosofe Local Government Area.

In his opening remarks, the Director National Orientation Agency (NOA), Lagos Directorate, Mr. Waheed Ishola represented by Deputy Director, Human Resources, Mrs. Aderonke Jacobs  noted that because most people in the grassroot and in the urban areas are either not aware or do not know the procedure(s) to access the benefits which government programmes and policies provide, the NOA in its mandate as an organization saddled with the responsibility of enlightening the general public, came up with the programme. He implored participants to maximize the opportunity provided by the Agency to enrich their knowledge through a robust interface with government officials on their policies, programmes and activities. Even as NOA would continue to do the needful in sensitizing Nigerians and sustain peace building and reconciliation efforts aimed at fostering peaceful co-existence.

Speaking on the activities of Nigerian Immigration Service (NIS), the Deputy Comptroller of Immigration in-charge of ECOWAS, Lagos Command, Mr. Owoeye Rufus Olamide noted that apart from the processing of Standard Passport, the Immigration Service is equally responsible for protecting the country territory borders from foreigners. It is their duty to document and profile all foreigners in the country and give appropriate documents to citizens leaving the country as “seen” on “departure or arrival”. The service amongst its numerous activities, do assist to free victims of irregular migration and equally punish foreigners that flouts the law of the country. He commended NOA for been apt with the programme because it avails the Immigration Services the opportunity to enlighten the public on various activities and policies of the government in the service.

On her part, Mrs. Olayinka Odibe, Chief Investigation Officer, National Human Rights Commission (NHRC) who spoke on the treaties and rights that protects human beings, noted that the Commission takes care of rights and freedom of any Nigerian treated unjustly by either government or individuals without a justifiable reason by making themselves accessible to all. She informed that policies of government are enshrined in government agencies and commissions that carry out such programmes and activities. She further commended NOA for the sensitization programme which is in the right direction. 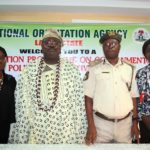 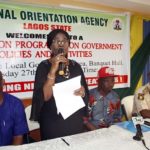 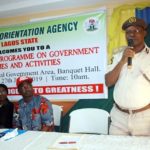 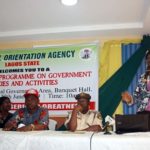 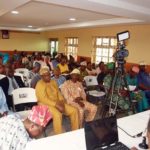 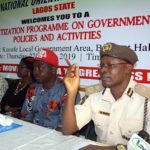 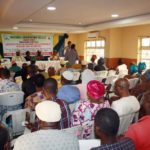 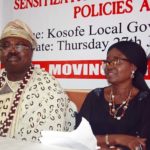 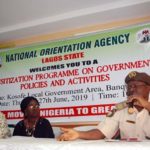 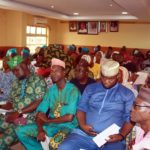