the Send-forth Parade Ceremony organized by the WAI Brigade Command Osun State in honour of the Ex-State Director Dr. L. O. Martin’s (PhD). In the pictures are how D Ag.State Director Mrs B. O. Olasinde decorated him as the life Patron of WAI Brigade Command Osun State for his superlative achievements duryhis tenure. In attendance were important dignitaries, WAI Brigade Commandants from other States, some sister organisations, COMOs, HQ Staff and Management members. At d special occasion, Dr Martins launched and commissioned an operational vehicle of the WAI Brigade while another dignatary also gave them another vehicle. The ceremony was held at the new office complex of d Agency, Osogbo, Osun State. The media houses in the State also honoured the occasion and broadcast the event on Radio and TV Stations . 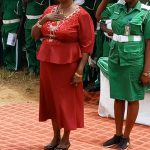 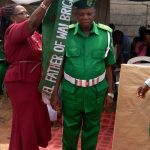 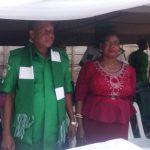 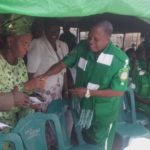