The Acting Director NOA Bauchi State Alh. Nuru Yusuf Kobi and the Management team of the Agency has paid an advocacy visit to the Igbo Community in Bauchi State to reassure them Government’s commitment to their safety and security, the visit also emphasize the federal government commitment to a united Nigeria where the entire ethnic nationalities residing in the State can actualise their dreams. The NOA Director further stressed government commitment & determination to ensure peaceful corxistence of all Nigerians irrespective of their cultural inclination & association. Nuru Kobi said the unity & diversity of Nigeria is our strength noting that every citizens is guaranteed by the Nigerian constitution to live in any parts of the country, assuring the Igbo’s to disregard the quit notice given to them by the Coalitions of the Areas Youths. Responding, the Igwe of Igbo in Bauchi state Eze Jude Imagwe thanked the Management of NOA for the honour done to him and his cabinets for the visit. Egwe Eze Jude Imagwe who could not hide his feelings called on other traditional rulers & critical stakeholders to come forward & create awareness to discourage the youth from indulging an act or utterances capable of creating disaffection in the country . Eze Jude Imagwe called on leaders across the country to sing a song of national unity rather than agitating for the division of the country. He noted that this agitation is a primitive ways of drawing government attention to their plights. For us to harness and develop the rich natural resources of the country could be done through a harmonious & peaceful coexistence he said. Eze Jude lamented that the called for the creation of the Republic of Biafra is orchestrated by those who didn’t witnessed the rigor of the civil war and the devastating effect caused across the eastern region rejecting any further anarchical State on the hardworking people of the Igbo ethnic extraction again, noting that his people will not support such wickend & selfish call by some disgruntled elements in the country. Egwe Jude thank the leadership of Barr. M.A. Abubakar Governor of Bauchi State for his pragmatic sense of administration unifying and championing the spirit of national unity among the diverse ethnic groups residing in Bauchi State. He also thank His Royal Highness the Emir of Bauchi Dr. Rilwanu Sulaiman Adamu for providing enabling environment to the Igbo community and promised to contribute their quota towards the growth and development of the State. While reacting to the quit notice handed down to the Igbos, Igwe Eze Jude Imagwe said when he heard about the quit notice he laughed over the plan stressing that no amount of intimidation or threat can separate Igbos from Nigeria as the Igbo didn’t have any other country apart from Nigeria. He further used the medium to eulogize the visionary stand of President Muhammad Buhari to deal ruthlessly with anyone caught over hate speech. Calling on all Nigerians to logically address their divergence opinions on a round table rather than engaging each others through hate speech. He commended the National Orientation Agency Bauchi state for the wonderful & proactive step taken in sensitizing & educating Nigerians on various issues bedeviling the corporate existence of the country. 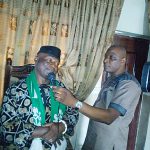 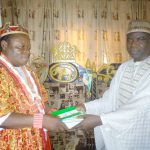 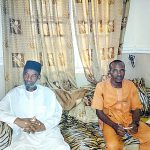 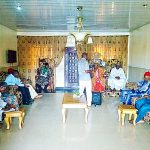 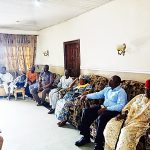 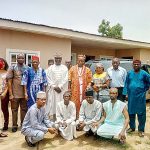 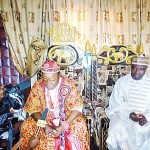 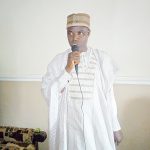 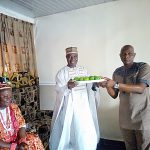 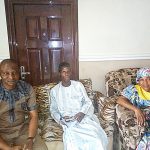 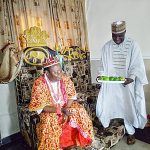 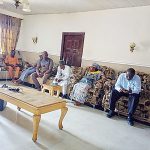 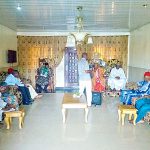 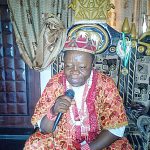 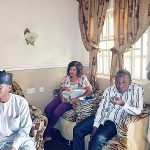 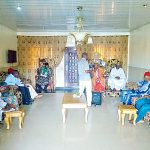