As the country move towards the forth coming 2019 general elections with several security challenges on many fronts and dimensions, the National Orientation Agency (NOA) Lagos state Directorate, in the context of the ongoing publicity programme which borders on having a peaceful conduct of the election held a one day Security sensitization and orientation programme against Political Thuggery and Kidnapping at the Council hall of Ojokoro Local Council Development Area on Tuesday 29th January, 2019.

Delivering his keynote address, the NOA Director, Mr. Waheed Ishola spoke on two major perspectives of why we need security and things we must do on security – the NOA perspective.  He noted that with security, people will be able to live peacefully amongst themselves, go about their businesses without fears; their life and property will be safe, the socio, political and economic life will improve and people will enthusiastically get involved in elections.

Speaking further, he called on members of the political class not to see politics as a do or die affairs but as a call to serve the people. They should be bold enough to educate their followers to be orderly, peaceful and law abiding before, during and after elections. Acts of political thuggery, hiring of youths for ballot box snatching should be shun and discourage even as Community stakeholders and members of the public are to cooperate with security agents in identifying hoodlums in the society with a view to encourage safety of life and property. He urged participants and citizens to always put up desirable attitudes and behaviour in line with the national core values such as patriotism, discipline, integrity, social justice, self-reliance, religious tolerance and dignity of labour as responsible and orderly people.

In his welcome speech, the executive chairman of Ojokoro Local Council Development Area (LCDA) represented by the Chief of Staff, Hon. Odebiyi Jamiu thanked NOA for timeliness of the programme. He noted that the gathering would serve as a veritable platform to discuss how best to curtail political thuggery and ensure a free and fair general elections. He enjoined participants to effectively contributions to issues at stake which is security.

Other speakers are the event were the Representative of the Nigerian Police, Ojokoro Division, ASP, Jaiyeola Musa and Divisional Officer, Nigerian Security and Civil Defence Corps (NSCDC) Mr. Osho Adetoun, both alluding to the security readiness of the agencies to see that law and order is maintained during the electioneering period. They called on Parents to educate their children and warn them on the need to be civil in their conduct throughout the 2019 general elections. Other goodwill speakers were: representative of the Imam Ojokoro, Alhaji Balogun Sharafa; Representative of INEC, Mr. Adelusi Joshua; Rev. Canon, Matthew Adelaja; Chairman, Community Development Council (CDC), Alhaji Azeez Amusat; representative of LSNC amongst others. 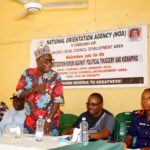 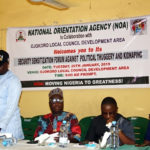 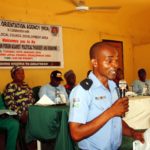 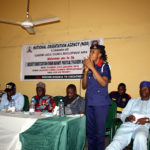 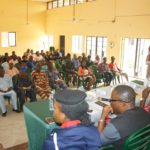 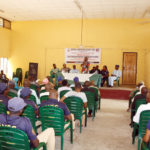 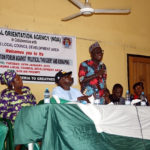 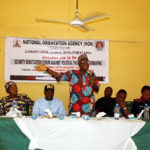 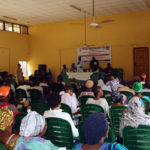 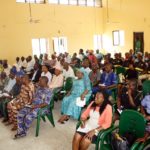