NOA SENSITIZE PEOPLE ON THE IMPORTANCE OF PVC

The State Director NOA Oyo, Mrs Dolapo Dosunmu sensitize the people of Oyo State visit the INEC Offices in their respective Local Government Areas to collect their Permanent Voters Card as the will allow them to exercise their voting rights in the coming elections. This, she said  at the Anniversary of the SEAP MicroFinance Bank held in Ibadan. She also admonished the Women to participate actively in the election by seeking elective positions. “The time of standing aloof in Nigeria Politics is over.

The role of Women in Nigeria is enormous. The first is to see to the wellbeing of their Family and Children. Women should take care of the home and the children. Guide and protect your children away from been used as a political Thug in elections. Secondly, Women should seek for elective positions in the coming election and join hands with the men to drive the economy of our dear Nation to greater heights. You can only achieve this with your PVCs. So people should go and collect their Permanent Voters Card at the INEC Offices in their Local Government Areas”, she said.

The Oyo State Resident Electorate Commissioner, Barrister Mutiu Agboke further expatiated on the importance of PVCs in the electoral process. He enjoined the people of Oyo State to make sure that they claim their Voters Cards that are yet to be collected. He said the number of unclaimed PVCs at INEC Offices in Oyo State stands at 759,000. “Oyo State is for all of us and we must join our hands to lift it up”, he said. He reiterated the full commitment of INEC in Nigeria to ensuring that we have a free and fair elections. He encourage the people to have more faith in INEC and erase all fear or doubt that INEC will fail them.

“The era of Ballots Box Snatching or stealing of votes is over, INEC is set out to deliver and are up to the task”, he said. 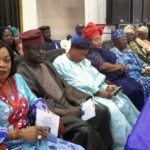 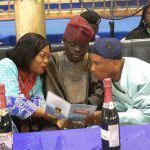 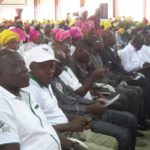 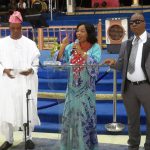 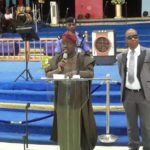 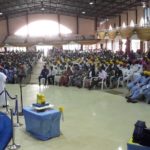