With the rate of insecurity and political turmoil been heated up  by political parties across the country few days to the 2019 General Election, the National Orientation Agency (NOA) Lagos Directorate on Tuesday 12th February 2019 embarked on a State Level Awareness forum on having a Peaceful and Violence-free General Election; held at the Banquet Hall of Yaba Local Council Development Area (LCDA) of Lagos State.

Giving his opening remarks, the Director, National Orientation Agency (NOA), Mr. Waheed Ishola noted that the reason for the forum was basically to discuss how people can join hands with INEC and conduct a peaceful, credible, free and fair general elections in the State.  He defined election as a process in which people vote to choose their representatives in government to hold public offices, meaning power belongs to the people and they need to fully participate in a peaceful and violence-free environment.

Speaking further on how to have peaceful elections, the Director, viewed it in three major perspectives of:

On Electoral body and Security Agencies, he urged them to imbibe the professional ethics of integrity, impartiality, transparency, professionalism etc in their duty as to gain the confidence of the people for peaceful conduct of elections and maintenance of law and order at the polling unit.

Members of the Political class who are more often than not guilty of inciting violence during elections, he cautioned them to see politics as a call to serve the people and not to encourage political thuggery, ballot box snatching and other electoral malpractices but to continually educate their followers to shun violence, avoid hate speeches and fake news that could incite violence during campaigns and election.

He called on the people to be responsible individuals who are to go to the polling units with their PVCs and cast their votes in an orderly and peaceful manner. Parents he noted should educate their children/wards not to be used by politicians for evil acts, just as under aged children are to be discouraged from going to the polling units. As stakeholders in the forthcoming general elections, he urged the people to do everything possible to make the elections peaceful, credible, free and fair.

In his welcome speech, the Executive Chairman of Yaba Local Council Development Area (LCDA), Honourable Kayode Adejare commended NOA for being apt with the programme because the political sphere is so heated up with arson and violence. He implored participants to pay particular attention to all discussion on how to curtail political violence and ensure a rancor free election.

Speaking on the preparedness of Security Agencies, the representative of the Commissioner of Police, SP. Opadola Elizabeth, noted that security agencies are fully ready and prepared for the protection and security of life and property throughout the electioneering period. He urged parents and community leaders to warn and educate their children not to be involved in any act of violence. With the new Inspector General of Police zero tolerance to social vices and acts of lawlessness a free and fair election is assured. 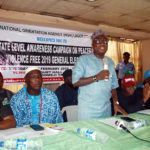 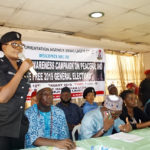 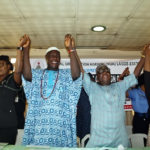 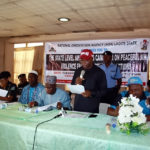 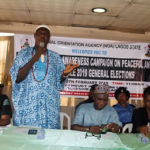 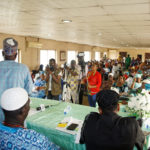 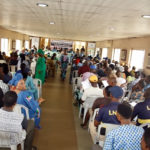 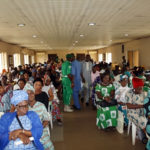 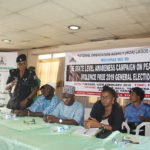 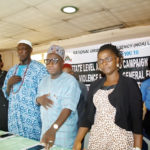 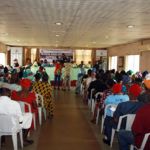