In line with the Federal government’s agenda of boosting agriculture and towards building the capacity of its staff in exploring the vast opportunity which agriculture offers, the Kwara State Directorate of National Orientation Agency has concluded plans with Enterprise Grooming Institute, an accredited entrepreneurial institute in Ilorin to educate the directorate’s staff on how to mine the gold in the agriculture sector.

This plan was unveiled during a courtesy call to the State Directorate of NOA by the Chief Executive Officer of Enterprise Grooming Institute, Mr. Ayo Ajisefini, who also doubles as the Kwara State Chairman of Small and Medium Scale Entrepreneur Association.

Mr. Ayo Ajisefini noted that the institute is out to reduce the rising state of unemployment in the state, create avenue for revenue generation, and as well, reduce the rural- urban Migration tempo through agricultural awareness and practices. All these, he said are possible through synergy with relevant stakeholders like NOA, just as it has entered a partnership with the Kwara State Head of Service to train at least 300 participants in various agric ventures free of charge.

The State Director, Mr. Olusegun Adeyemi (JP) who received the guest, alongside other management members in his office, commended the Institute for their enviable initiatives which are aimed at reducing poverty and rural-urban migration through Agricultural initiatives

Mr Adeyemi noted that the President Buhari-led Federal Government is committed to revamping the nation’s economy by diversifying into agriculture as seen in its various commitments and efforts in the sector. He further highlighted that the FG’s SIP programme has agriculture as one of its major focus through the N-Agro unit of the NPower scheme.

The NOA Director thereafter pledged the agency’s support towards the realization of the institute’s objectives for the betterment of Kwara State and Nigeria as a whole. 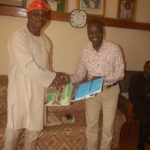 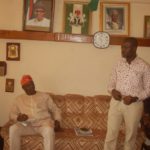 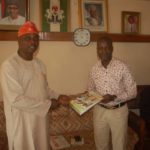 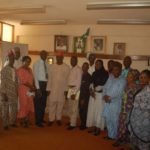 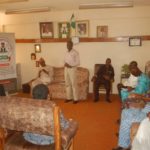