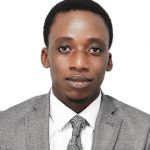 As the only Agency of government mandated to ensure that Government programmes and policies are better understood by the general public, the National Orientation Agency (NOA) Lagos State management team, led by the Director, Mr. Waheed Ishola; Deputy Director, Planning, Research and Strategy, Mr. John Emah; Deputy Director, Programmes, Mr. Rapheal Bowoto; Deputy Director, Human Resource, Mrs. Aderonke Jacobs and Assistant Director, Mrs. Ngozi Clara Obi, on Wednesday 14th March, 2018 paid a working visit to the Executive Chairman of Ajeromi-Ifelodun Local Government Area of Lagos State, Hon. Fatai Adekunle Ayoola  to intimate him on the activities of the agency at the grassroot and to further bridge the gap between the two.

The Executive Chairman, Hon. Fatai Adekunle Ayoola, thanked the management team for finding time to visit the Local Government timely, despite the distance and hectic traffic situation in the State as a result of construction works.  He reiterated his administration’s commitment to support the National Orientation Agency (NOA), in carrying out its programmes and activities in the Local Government Area. Despite the multi-ethnic nature of the area, the Chairman observed that the people had being living in peace. He assured the Director his openness to suggestions and ready to key into any good programmes that will better the life of the people.

Earlier, the NOA State Director, Mr. Waheed Ishola, thanked the management of the Local Government for their warm reception and   commended them for works done so far as they celebrated their first 200 days in office. He acknowledged in particular, the Principal Officers, Departmental Heads and other council functionaries. The director stressed NOA’s preparedness to assist the Council in propagating its programmes and activites in the grassroot especially now that government is interested with the Continuous Voter’s Registration Exercise and 2019 General Elections. Highpoint of the event was the presentation of Information/educational materials and NOA Newsletter by the Director to the Executive Chairman.