OLOFA OF OFFA URGES INDIVIDUALS AND COMMUNITIES TO TAKE FULL RESPONSIBILITY FOR THE SECURITY AND MAINTENANCE OF PUBLIC INFRASTRUCTURS IN THEIR DOMAINS; LAUDS NOA’s CAMPAIGN ON CONSERVATION AND PROTECTION OF PUBLIC ASSETS AND INFRASTRUCTURE

The National Orientation Agency’s campaign on Conservation and Protection of Public Assets and Infrastructure has again been lauded and described as ‘very important’, one which Nigerians should support and abide by, if our communities would reap the dividends of democracy and good governance.
This was the core of the comments made by The Olofa of Offa, His Royal Majesty, Oba Mufutau Muhammed Oloyede Gbadamosi, Okikiola Esuwoye II, during an advocacy visit paid on him by Mr Olusegun Adeyemi, State Director, National Orientation Agency, Kwara State and other Management members of the Agency in Kwara State including Babaijo Adeolu Otepola (HOD PRS), Alhaji Dare Abdul Ganiyu (Asst Dir. Offa LG,) and Mrs Oke Dupe (Asst Dir. Oyun LG).
Oba Mufutau Gbadamosi applauded the leadership of the National Orientation Agency for coming up with a programme like this at this time, emphasizing that a lot of Nigerians are fond of referring to public infrastructure as ‘government property’ and that orientation has to change. The esteemed monarch  also stated that in Offa and environs, public infrastructures and critical assets are given the topmost protection because the residents and people of the town are the direct beneficiaries of these infrastructures, hence their proper maintenance remains a top priority for the traditional institutions. He thereafter pledged his support and  commitment towards the success of the campaign, in Offa, Kwara State and Nigeria at large.
While appreciating the  Olofa for his commendable efforts in ensuring that public infrastructures are protected within the Offa community, Mr Olusegun Adeyemi, also appealed to  him  to continually use his good office to enlighten more Nigerians  on the need to change the narrative and understand that public assets actually belong to the people and not to government.
Mr Adeyemi also called on Nigerians to continually support and complement government’s efforts in building, maintaining and securing the various critical infrastructures and public assets such as pipe-borne water pipes, buildings, oil pipelines, schools, hospitals, library books, street lights railways, roads etc. 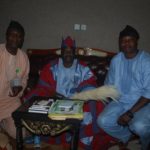 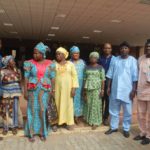 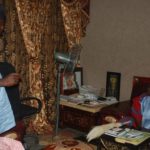