SEMINAR ON POLICE PROFESSIONAL STANDARD AND NPF CODE OF CONDUCT

The place of Policing in the life of any nation can never be over-emphasised. The task of ensuring lives and properties, maintenance of law and order, apprehension and prosecution of criminals among other policing beats have placed the Nigerian Police Force in the vantage realms of providing the needed stability for the entire country. On this premise, a seminar on Ethics and Values for the Nigerian Police in Lagos State, was organized by Ethics and Values Development Initiative, held on Wednesday the 29th of August, 2018 at the Area “F” Police Command, Ikeja.

Addressing participants on “The place of National Core Values in Policing”, the Director, National Orientation Agency (NOA), Lagos Directorate, Mr. Waheed Ishola noted that the national core values are universal and non exclusive of any society. The 1999 Nigerian Constitution as enshrined in Chapter 2, Section 23 had been quite explicit with seven (7) Core provisions for ethical standards. These are: Discipline, Integrity, Dignity of Labour, Social Justice, Religious Tolerance, Self Reliance and Patriotism, which he took time to explain in details as a general creed of conduct for the Nigerian Security Agencies.

Speaking further, the Director emphasized that the task of effective policing cannot be divorced from those universally accepted codes of ethical standards. The Nigerian Police Force and other security agencies as formidable organizations have been quite effective and efficient in the discharge of the onerous mandates. The place of national core value for effective policing can be achieved most especially if the police high command can make it a ceaseless reminding admonition to officers and men of the Force as part of their training curricular and part of their routine of duties. With the right inculcation of our national core values by officers and men of the security agencies, the task of ensuring an effective policing particularly in the face of the many security challenges would be adequately surmounted and be a thing of the past.

Declaring the seminar open, the 2i/c Area “F”, CSP Mohammed Amabua noted that the seminar was in line with the professional re-orientation of officers and men of the Nigerian Police Force in discharging their duties.  She urged the participants to make good use of the opportunity and pay particular attention to the lectures and training. 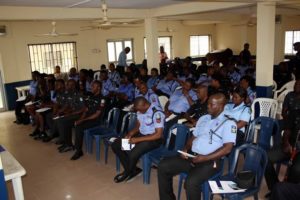 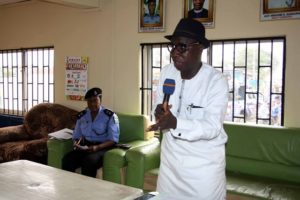 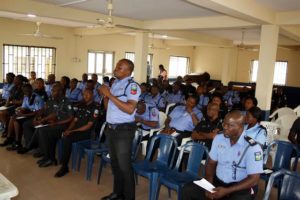 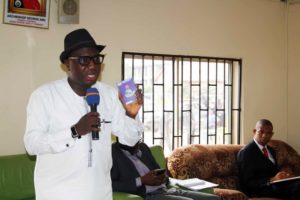 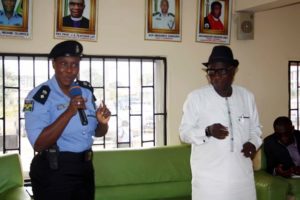