Arguably, the place of the youth in the socio-economic and political development of any society can never be put in doubt. Nigerian youth and their involvement in the anti colonialist struggles marked the thresholds in the promotion of youth inclusiveness in governance for development. The Director, National Orientation Agency (NOA), Lagos Directorate, Mr. Waheed Ishola made this assertion when he presented a paper on “Promoting Youth Inclusiveness in Governance for Development” at a Youth Town Hall meeting, organized by YIAGA Africa and sponsored by Ford Foundation, held at the Zaaz Hotels Limited, Allen Avenue, Ikeja, Lagos, on Thursday 2nd August, 2018.

Addressing a cross section of youth participants, the Director noted that the need for promoting youth inclusiveness in governance for development had been an age long and cherished agenda of the successive government in Nigeria. Recently, the current administration in its resolve to further realize youth inclusiveness in governance for development assented to the “Not Too Young to Run” Bill as passed by the National Assembly. He further emphasized, that the need to take ownership of the nation’s political landscape requires more than mere advocacy and rhetoric, but a more clinical approach aimed at positioning the youth rightly in the tasks ahead of them. Such as:

Finally, he tasked the youth to actively participate in all electioneering process from registration as voters to belonging to a political party. Engage leaders positively, vote responsibly and get involved in social activities that support credible governance like advocacy visits, peaceful campaigns etc as ways to launch into the political mainstream.

Welcoming participants, the Lagos State Coordinator of “Ready-To-Run Campaign”, Amb. Ogunshola Micheal noted that the meeting is primarily to educate the public on the need to mainstream youths in political leadership and decision-making process, provide a platform for older and younger people to speak on issues relating to democracy and how policies can improve youth inclusion in political space now that the electioneering process is about to commence from the party primaries to the main General Election come 2019. 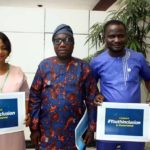 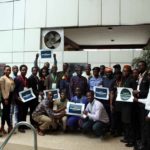 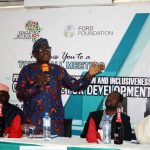 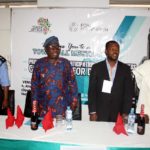